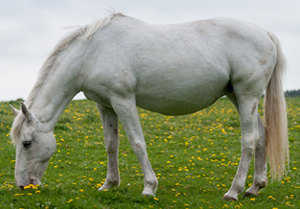 Nicoh our Grade A Appaloosa Mare who is expecting her second foal on the 18th April to Zidane our Dutch warmblood stallion.

Nicoh now has a large baby bump and is now developing her udder.

Now we’re looking for signs of preparation for birth as this is her due date. Lots of eating and sleeping standing up and her udder is enlarged. She has also started doing horse yoga, lots of stretching, so funny!

Now wondering whether the close dates was a good idea! Noticing the first signs of preparation for birth.Nicoh is doing lots of yoga stretches and rubbing her tail. She seems restless tonight lots of lying down and getting up, but I don’t think tonight is the night!

Observing Nicoh in the field she is now distancing herself from Tia (our other mare in foal) and seems to want to be alone and a bit agitated, this can be a sign that foaling is nearing. Nicoh is looking chilled this evening but her baby bump has dropped into a point now and her muscles on her hind end have relaxed and udder is getting fuller.

Nicoh has started to dig up her bed tonight, she did this the night she had Dakota. Fingers crossed not long now. She’s also holding her tail out to one side constantly.

Nicoh at last wax has appeared on her teats (small milk beads). Most say 24 hours from this point but can vary and she went a few days after this point with Dakota. Very restless night with Nicoh, up all night with her definitely in slow labour.

Nicoh heavily waxed this morning and reluctant to be turned out into the paddock, not like her at all. She’s constantly flashing her tail.

Nicoh is even more waxed up and looking really uncomfortable. She is constantly holding her tail to the side. Not long now!

Nicoh is dripping milk this morning which is a clear indication that baby is definitely coming tonight! 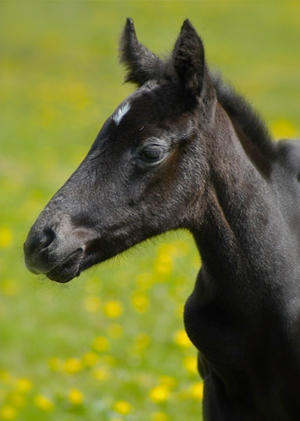 7.15pm: Second stage of labour has started; she is digging her bed, agitated, rubbing her tail and kicking one leg.

8.00pm: Eating a bit of her haynet then pacing again

8.49pm: Getting up and down now and the white bag is now visible. I have entered the stable to make sure that baby is presenting itself correctly

So happy with a beautiful filly we have named Indiana!

Horses For Sale At The Trekking Centre
This site uses cookies: Find out more.
Scroll to top