Jacob’s Creek – better known to everyone as Jake – is one of our newest arrivals here at the trekking centre.
After the retirement of Thomas and Meg I decided we needed another big horse, so I set my former yard manager Lucy the task of tracking down a likely recruit.
I wanted something flashy and coloured, preferably Irish crossed with something a little bit finer and Lucy discovered Jake in Derby. He sounded ideal, with an Irish dad and a Dutch Warmblood mum, which had produced a lovely big baby. 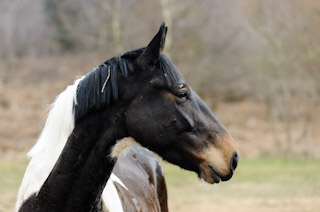 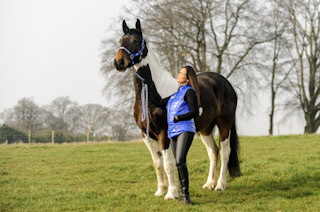 I went off to see him and check him over. He had been started and lightly worked but seemed a little moody, so I asked his owner to find me some long reins and I took him off to have a little play with him. I wanted to find out how far his schooling had gone.
Everything went wrong! He was acting up, shouting for his mum, big tractors were going past and he generally misbehaved and was cheeky. His owner was quite surprised when I said I wanted him! But I quite liked his cheekiness.
His owner had bred Jake and was quite upset to let him go, but he just hadn’t got the time to bring him on.
I have said before that I always feel some horses are meant to be mine and Jake is another one of those. His birthday is the same as the guy that bred him – which just happens to be my birthday too. So it was clearly fate that he ended up with me. 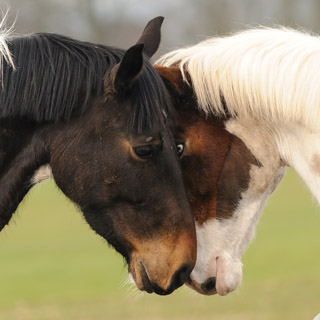 When I got him home I started straight away with loose schooling and long reining him. I did a lot of ground work and then started riding him out. I rode himself for all his initial schooling and hacking.
We have only had him for two years and in that time he has not only grown more, but he has also muscled up. To us he still seems to be growing.
Jake has turned out to be an absolute star. Last year he did his first Sheriff’s Ride, which he took completely in his stride. 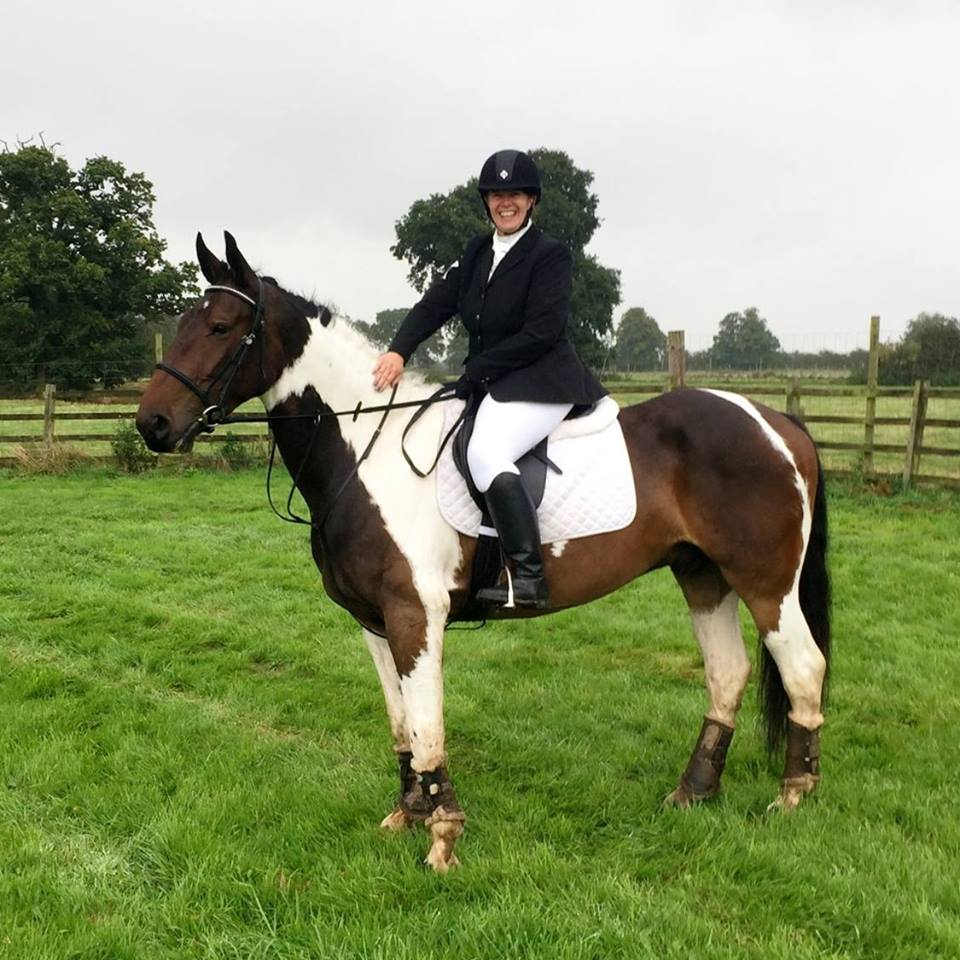 He has become a really great horse for our experienced riders,on the treks and in the school. He has a good jump and we are excited to see what he will do when we start our cross-country clinics this summer.
I could do with another couple just like him – and I will be on the lookout this summer.
https://www.cannockchasehorsetrekking.com/wp-content/uploads/2017/03/jake-1.jpg 683 1024 CCTC https://www.cannockchasehorsetrekking.com/wp-content/uploads/2017/11/cropped-icon.png CCTC2017-03-01 16:49:342017-09-19 23:26:21Jake
0 replies