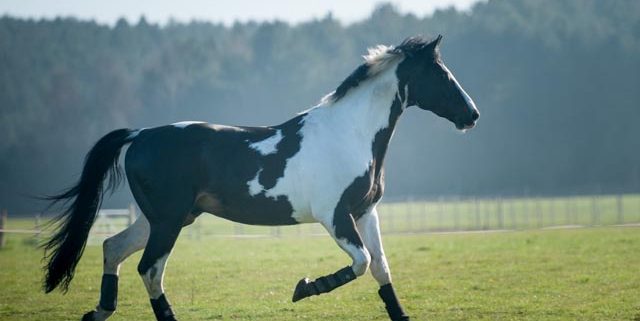 When I hear people talk about “the horse of a lifetime” I always think about how very lucky I am, because I have three.

I never take my good fortune for granted – I know how very special all of my boys are.

There is Chase, my 4 x 4;  my sports car Pele and then there is Zidane, my Ferrari and my gift to myself on a significant birthday. And while I absolutely adore Chase and Pele, my relationship with Zidane has an extra dimension. I suppose you could say this is a love story. 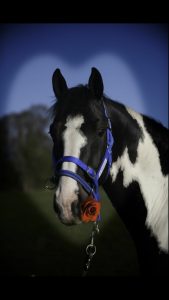 This stunningly handsome and intelligent horse is a Dutch warmblood by the legendary  sire Samber, who was the first coloured stallion to be registered in the KWPN stud book.  He has passed on his exceptional looks and temperament to his son.

Zidane came into my life when I decided to breed again from my mare Sophie, one of my original trekking horses. She had already produced our lovely Atlantis and my friend Lucy had bred her mare Eclipse from her.

Originally I was going to put her in foal to a Friesian, but my stud vet recommended something finer and suggested a Dutch Warmblood.  I rather fancied trying for a coloured foal, so Lucy began the search for a suitable daddy who could do natural covering. 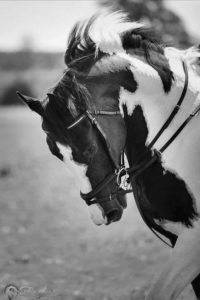 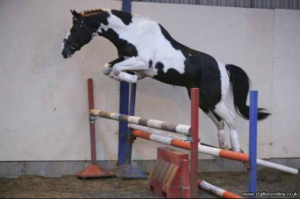 Lucy found two local stallions and as soon as I saw the photographs I fell in love with one of them. He reminded me of my father’s showjumpers and because he was coloured he was spectacular. It was Zidane.

I rang his owner to inquire about putting my mare in foal and she told me that on that very day she had lost her grazing and she was going to have to sell him.

Coincidentally, a few days before I had sold a horse and my 40th birthday was close. Zidane’s owner was telling me what a special horse he was and that she believed in fate.

She didn’t want him to end up on a yard where he would be standing in a stable all the time. With me he would lead a very natural life with daily turn out, riding out with company as well as continuing his stud work.

My ultimate dream had always been a trekking centre and a stud and I could feel my heart starting to rule my head – and suddenly I had bought him over the phone without even seeing him! 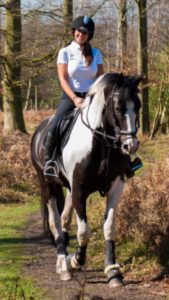 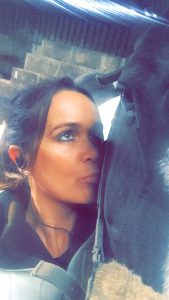 I was so worried I had made a mistake, but something in my gut was telling me to go for it. When the horse box arrived next day and the lady gave me the paperwork I felt quite sick!

But then she dropped the ramp and I saw Zidane in the flesh for the first time. I just cried. I had never had that emotional response to a horse before. He literally took my breath away.

I realised immediately it was the best decision I had ever made regarding a horse purchase.

At first I tried long reining him, but he pulled me, his former owner had advised me to just get on and ride him. So I did, and he was perfect and always has been. Since then we have done everything from taking treks to swimming in the sea and leading Sheriff of Lichfield’s rides. 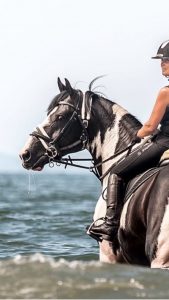 Enjoying the sea at Fairbourne Beach 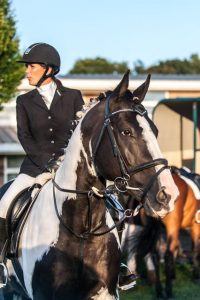 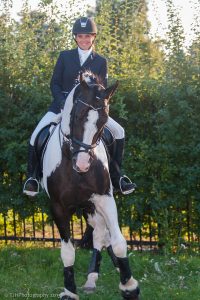 We never did have a foal from Sophie,  but we have six beauties from other mares and they are already proving they have his fantastic looks and nature. Those that have been broken in are athletic and ride like sports horses.

Zidane and I have a lot of fun together since I built the arena. We do lots of riding in there virtually tackless. He is incredibly responsive.

One of my most heartwarming memories is when the two of us gave a display at our trekking centre open day. At the end the audience all rushed to surround him as if he was a famous movie star. He stood there quietly and graciously and allowed all the children to stroke and pat him. 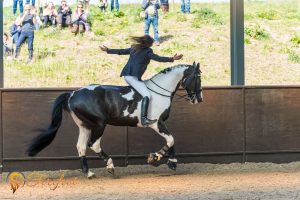 Performing at our Open Day 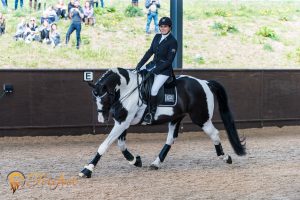 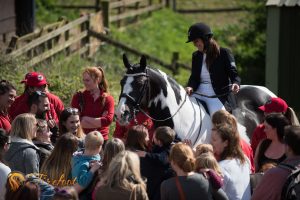 He loves to be fussed and to be with humans – especially me. When I am away he is really the only one that misses me!  He trashes his stable and my staff tell me he paces the field looking out for me – I totally adore him.

Our relationship is quite different to the one I have with the other horses. He is the only horse I have ever bought that was just for me and he is very much my own boy.

Zidane is the birthday gift that keeps on giving. He will be making more babies for me next year.  We are now considering offering natural cover with him from the trekking centre, as I have been asked quite a lot to do this.  So, if you are thinking of a stallion for your mare he is definitely worth considering, he is simply AMAZING.  For further information follow the link below to our Chase Stud page. 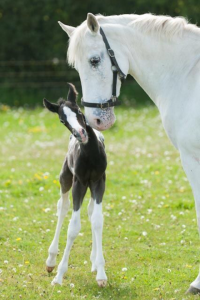 Dakota – Baby of Zidane and Nicoh 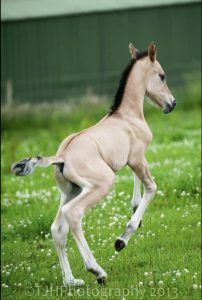 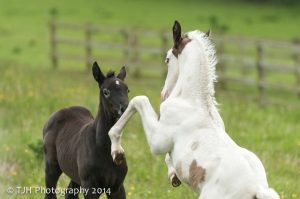 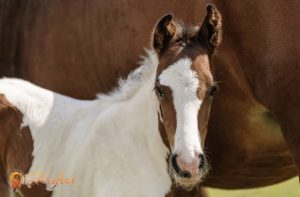 Montana – Baby of Zidane and Larosa 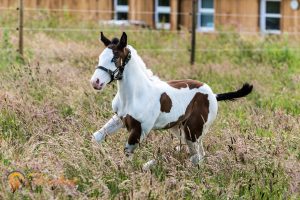 Blizzards and Droughts
This site uses cookies: Find out more.
Scroll to top