Well, I don’t know how it happened but it did! How can I possibly have reached P on our alphabetical tour of the trekking centre and left out my beautiful boy?

Look back at my blogs and there is Paddy and then it jumps to Pirate! No Pele!

So I am putting that right and I hope you all enjoy reading his blog, he is my big, bold and brave friend who would carry me into any battle.

Pele is an Andalusian, otherwise known as PRE – or Pure Spanish Horse – and his name is Pele Rose. 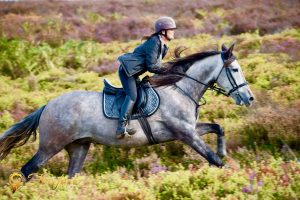 I bought him when I decided to look for a new big horse for the trekking centre and I set my trusted friend Lucy the task of finding a suitable candidate. She came across a five-year-old living in Shrewsbury. I spoke to his owner – who has now become a friend – and she told me he was unbroken and still living naturally in his herd.

She had received many inquiries but was looking for a special home for a very sensitive young horse and I assured her that I would not mess her around. I took Emily, a member of my staff, with me when I went to see him and we found him loose in a barn with two other horses.

I loved him as soon as I saw him. He was very handsome. I put a halter on him and did a little bit of join-up to see how sensitive he was and if I could work with him.

Pele instantly joined up with me and was really interested in what I was doing. He showed lots of curiosity and was as intrigued by me as I was by him. 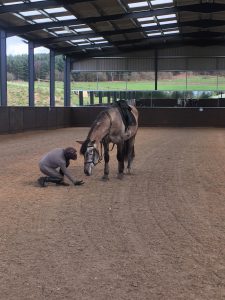 I decided straight away that I would have him and I went back a couple of days later to fetch him, taking my yard manager Sonia. As Pele had never been on a horse box before we had back-up in the form of my lead horse Chase, always my right-hand man.

And we needed him. Chase went on and off the box to show Pele how to do it and ended up by physically pushing him on!

Once we got him home we stabled him, with Chase next door to reassure him, but after a few days he was still a little restless and I decided to turn him out with the rest of my horses. Pele settled into the herd immediately and made friends with our little Summer. They are an unlikely pair but still inseparable!

Pele was happy having his bridle on but was a bit more sensitive with the saddle. He loved the whole training process and the only tricky bit was getting on him. Every time I went up the mounting block his eyes popped out on stalks!

So I just kept on leaning over until we got to the point where he wasn’t worried any more and once I was on him he was great. 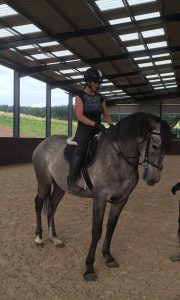 The first time I sat on Pele after training him

I found him to be very forward going and he thrives on work. With his strong build he is perfect for the trekking centre and the terrain of Cannock Chase. He takes hills as if they are not there.

But he has remained a very sensitive horse and for that reason he remains ridden by just me. We have developed a very strong bond. 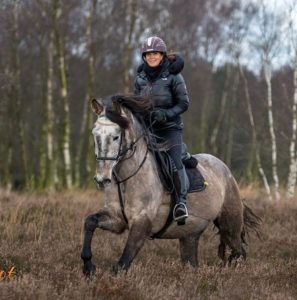 We have led two Sheriff of Lichfield rides and he is now my main lead horse out on the treks. 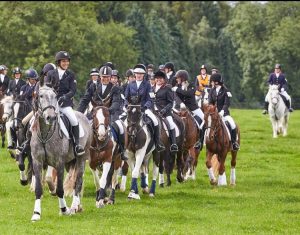 Of course, everybody wants to ride him and for that reason I have been back to his breeder Helen and bought his beautiful full sister Nymeria Rose, who I am currently training. 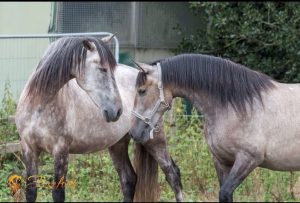 I am starting to think about maybe doing a little bit more with Pele, perhaps some jumping or trick riding. For a horse that is so sensitive he is very bold for me, he will just keep on powering forward until I tell him to stop. I have to ride him a little differently because he is so powerful – but I do love him, he is a really exciting horse to ride.