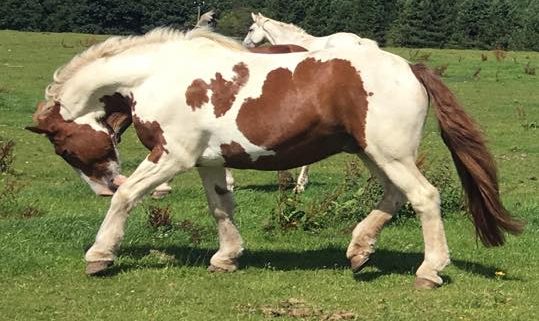 This lovely lad, Splash, is another of my cob club and is one of the most dependable horses here at the trekking centre.

His breeder described him as a traditional skewbald, but I call him red and white because I think his colour is brighter than chestnut.

He was called Murphy when I bought him from a friend who I have had several horses from, including my own guide horse Chase. I soon decided Splash was a better name. 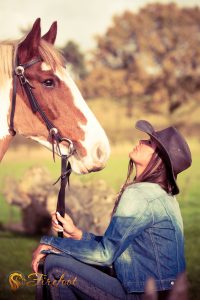 He was said to be four and had been lightly backed when I went to see him and I could tell he had quite a bit of growing and filling out to do, but I decided to have him.

It was only when he was checked over by a vet at home that it appeared he was in fact only three and therefore too young to be ridden by clients. So I spent the time until the following January schooling him, riding him myself and training him as a guide horse.

I think that extra time I spent with Splash has helped to make him the horse he is today. My yard manager at the time was Sally and she rode him a lot as her guide horse. She formed a very close bond with him and still comes back to ride him.

Splash is the sort of horse who will plod happily with a beginner, but will really step up for an experienced client. He adapts to his rider and his surroundings – totally dependable. 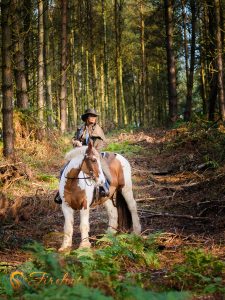 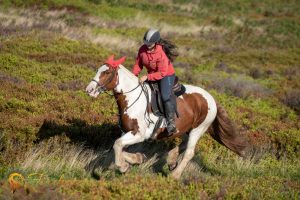 Over the last few years his big claim to fame has been his starring role on the annual Sheriff of Lichfield’s Ride. This is a traditional “beating the bounds” ride of more than 20 miles involving up to 80 horses – and every year Splash carries the Sheriff!

He has carried many Sheriffs who had never sat on a horse until they started training for the ride and he has never put a foot wrong. Splash looks stunning on the day and is the star of the whole show. He loves to be the centre of attention. 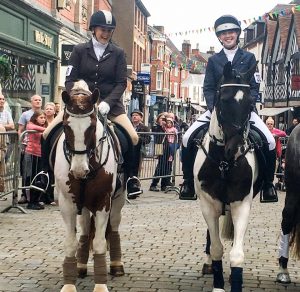 He is still a vital lead horse for us here and is a great character. Out in the field he often hangs out with Skye and Red and he is very gentle in his relationships with the herd. He never squabbles or fights.

He is just as kind in his relationships with people. He is a happy horse and I don’t think I have ever seen him with his ears back. He is great with everyone. 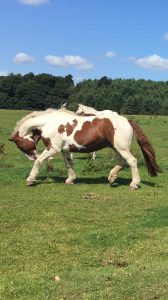 Splash enjoying a day off!