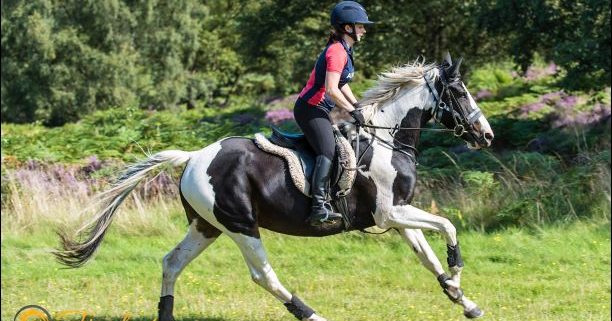 Our beautiful Sahara really is a very special girl. She is a pink papered pure bred Oldenburg from Germany.

Her daddy is Sanyo, a top continental stallion from an elite family that includes the famous sires Samber and Sandro. Sanyo fetched 110,000 Euros at auction just after his stallion grading!

Sahara arrived at Cannock Chase Trekking Centre after I had bought my wonderful Oldenburg stallion Zidane. His former owner had a mare called Saminca with a yearling foal at foot and asked me if I would like to buy them.

I was so happy with Zidane I decided I would like the mare as well. It was a little bit tricky at first because Sahara had not been weaned at six months, which is what I always do with my foals.

Because Sahara was much older the bond with her mother became very intense and it was difficult to wean her. I felt, with my previous experience of young horses, that leaving them together so long had been detrimental to both of them.

The bond between them never broke and they were always very needy of each other. When they were apart it was very difficult. Sahara would even go through a fence to get back to her mother. 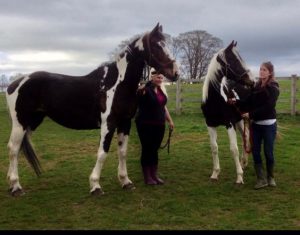 Sahara with her mother, Saminca

But eventually they settled into the herd and I was able to break in Saminca. When it was time to train Sahara I decided that it would be best to keep only one of them.

Saminca was the sort of horse who really needed a one on one relationship with an owner. She was never really a suitable trekking horse so we found her a good home.

That was the making of Sahara. Once her mum was gone she really relaxed, grew up and matured. 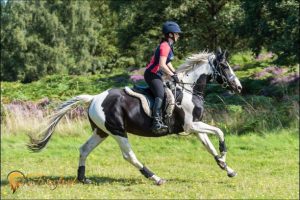 She was a late developer so I gave her lots of time to grow. People always ask me at what age do I start with a horse. I always say it depends on the individual horse. Some I can start early, Sahara needed a little extra time.

She was very easy to train, accepting everything and she is a lovely genuine mare. She needs to kept interested. As soon as I backed her she was bored with the arena so I took her straight out on the Chase and she loved it.

Over the last year Sahara has become a real favourite with the experienced clients. Everybody who rides her says she floats. 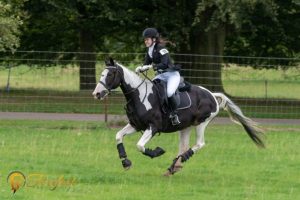 Sahara on the Lichfield Sheriff’s Ride

This winter our plan is to develop her work in the arena. She is bred for dressage and jumping so we hope our experienced riders will enjoy some special lessons with her.