PRINCESS – Highland Dun Mare
This little lady is a Highland and a beautiful cream dun – and she had a surprise in store for us when she arrived!
Princess was a three-year-old when she joined the trekking centre.
I was looking for a pony with a bit of bone, suitable for both children and lightweight adults. Princess was for sale in Stoke and I went to see her with Jackie, one of the girls working for me at the time.
The pony had been brought over from Ireland and had only been lightly backed. The people selling her didn’t know much about her history but she was a lovely sweet mare.
We had a little trial of her and she was very green and I knew I would have a lot of work to do. But I was happy with that. I like to put my own stamp on a horse. 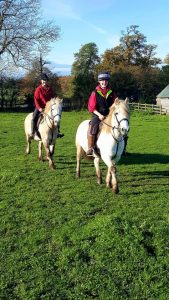 We agreed to have her and Princess came to the trekking centre a couple of days later. Once she arrived I had a really good look over her and I almost kicked myself. Knowing she was only three I could see her teats were a little bit swollen and her stomach a bit low slung for a pony of her age.
Straight away I suspected she was in foal and I asked my vet to come over with the scanner and check her over. The vet confirmed it – Princess was pregnant!
I had really mixed feelings. Business-wise I was cross with myself because I needed another pony for the centre and that is why I had bought her. But I love babies and I was so excited that we were going to have a foal!
The lady I had bought her from offered to have Princess back, but I decided to keep her and turned her out in the field for a few months. Then I stabled her at night with the cameras on so I could keep an eye on what was happening.
I was keeping a close eye on her and she was showing none of the signs that we look for to indicate that foaling is imminent.
One evening she was checked at 8pm after an evening ride and I came back an hour later to take a look at her again. As I put the lights on I could see something cream against the door. It was the foal!
She had been sneaky – as maiden mares often are – and in that hour she had quietly given birth all by herself. We had another beautiful dun with a dorsal stripe and stripey legs.
We called the filly Wispa – after the chocolate bar – but it’s a name with a double meaning because she was her mum’s little secret.
Princess had six months’ maternity leave and once Wispa was weaned I got on with the job of schooling and riding. Jackie had a soft spot for her and did a lot of work with her as well. 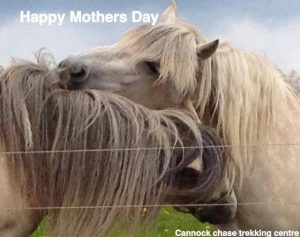 We found that Princess was very forward going and she has always been an exciting ride. She wasn’t one we could put any rider on but as she has got a little bit older and more experienced she has really come into her own, even winning ‘Best Turned Out’ at the Lichfield Sheriffs Ride. 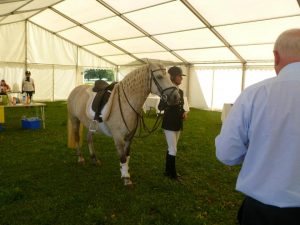