One of the more unusual aspects of our happy herd is the number of family relationships we have.

It adds an extra dimension to the enjoyment of watching them out in the field. I love to see the whole herd interacting and at play and it is extra special when, for example, I see Atlantis hanging out with his dad Capulate or Nymeria playing with her brother Pele. 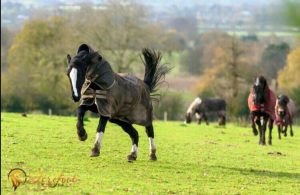 I find it fascinating to see how much time the relations spend with each other. It is quite obvious that family bonds are never broken.

Of course, the biggest related group we have are my stallion Zidane and his children. Zidane is not turned out with the herd, but the six youngsters certainly know him and if he is an adjoining paddock they love to stand in a line and gaze at him. I think he is their hero!

And he does get time to spend with them now that three of them are grown up and out on the treks. It is so exciting to be leading a trek on Zidane and look behind to see Dakota, Oregon and Arizona following along behind him. 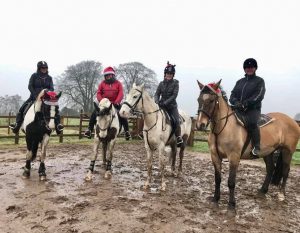 And to take the baby relationships a step further, Arizona and her brother Colorado are out with their mother Tia, while Montana has her mum Lola. Dakota and Indiana’s mother Nicoh sadly died but they have always had the “baby gang” for company and Auntie Lola keeps an eye on everyone. 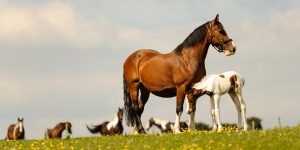 Oregon, meanwhile, is the third generation of his family in the trekking herd. His mother is Wispa, and she is the daughter of our little Highland pony Princess, Oregon’s grandmother!

Summer and Autumn are mother and daughter, while Welsh Section D’s Emrys, Gabriel and Capulate are from the same bloodline, and interestingly, all hang out together.

Another father and son are Pirate and Lightning. I have told their story before in an earlier blog but I think it is worth retelling for anyone who missed it.

I bought Pirate from a friend in Wales, and he was a stallion who had been used for breeding. I had him gelded and he soon became a perfect little trekking horse with a lovely temperament.

Some years later I found a nice little coloured Cob called Lightning and it turned out he was Pirate’s son. They had never met, as Pirate had come to the trekking centre before his son was born.

So imagine my amazement when I turned Lightning out with the herd and he immediately joined up with his daddy! The two of them have been inseparable ever since. Pirate loves to play and in Lightning he has the perfect partner in crime. 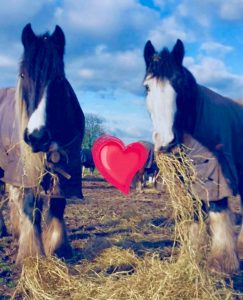 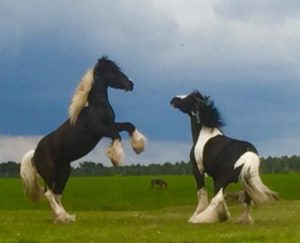 The question clearly is, how did they recognise each other? (They didn’t even need Jeremy Kyle!!)

I have one more story that really made me understand the bonds of family and herd life and it is one that makes me emotional as soon as I think about it.

Years ago I bought two young horses called Tom and Hattie. Tom was only 18 months old and unknown to me he had already mated Hattie and she was in foal.

I called their baby Pemba and he grew up to be an important member of my trekking herd.  He and Hattie were inseparable, she always protected him out in the field, even keeping the rest of the herd away so Pemba could be first through the gate in a morning.  One day, he was returning from a trek ridden by my then yard manager and he tripped and fell. We didn’t know at the time what he had done but he was clearly injured.

The vet came and gave him pain relief and we agreed to see how he was through the night.  We did our very best to save him, he was sitting like a dog in the field and we supported him with bales and I borrowed a camper van to take up there and spend the night with him.

Pemba was becoming distressed so I took his mum Hattie to him to keep him calm. His father Tom had never shown much interest in his son before, but throughout the night he stood unmoving in a corner of the herd field, 3 fields away. He watched the whole time, never taking his eyes off Pemba and Hattie.

Tragically Pemba got no better and in the morning the vet put him to sleep.

We left Hattie with him for a while to accept his death and then put her back with the herd. Led by Tom, the whole herd surrounded her and huddled her. They stayed with her all day, supporting her. Another mystery, how did they know and understand what had happened?

But instead of ending on a sad note I will finish on a happy insight into herd life. When one of my mares is in foal I have noticed that the other girls will form a group to protect the mother-to-be. They will stay with her through the pregnancy until she has to come in for extra feeding in the final trimester.

Somehow from the day I mate them they know she is in foal and offer their support. There is so much we don’t know about horse’s minds but herd life teaches us every day. 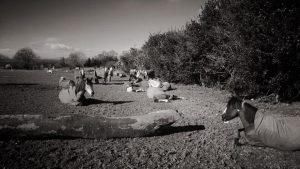 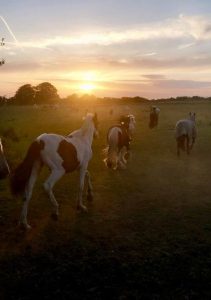 Seasons on The Chase
This site uses cookies: Find out more.
Scroll to top