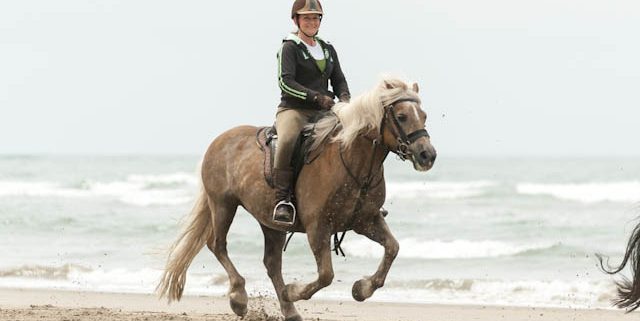 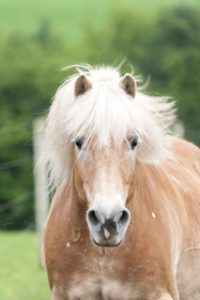 Beautiful Beau really is our golden boy – a fully papered Austrian Haflinger with a gorgeous palamino coat.  He is a well bred lad with a very posh registered name – Stagsden Abbott – but I think Beau suits him perfectly.
He was originally bought by some friends of mine, but they were finding him a little bit of a handful. Beau was a bit too sharp for them to deal with happily, so they approached me and said he probably needed more exercise than they were able to give him.
I hadn’t handled a Haflinger before but when I went to look at him I could see he was hardy and a strong weight-carrying little horse so I thought I would give him a go.
He was already living on the Chase and at the time did not box very well, although he is perfect now, so I rode over and had somebody bring my horse back. I rode Beau home and took an instant liking to him. 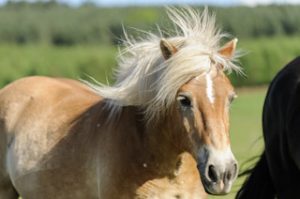 I found him to be very lovable and confident, but from day one I had to be quite strong with the ground rules. He could be quite opinionated!
Beau can still be cheeky, but we love him for that – it is just part of his personality. He really catches the eye with his colour and his wild blonde mane.
He has gone on to be a great all-rounder. He is ridden by both children and adults and takes in his stride everything from the beach holidays in Wales to the Sheriff’s Ride.
I think he is going to be very popular in our new bareback lessons in the arena because he is so comfortable to ride. 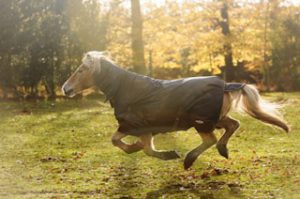 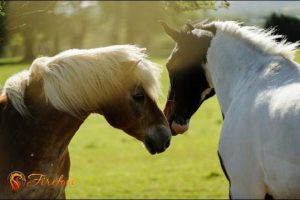